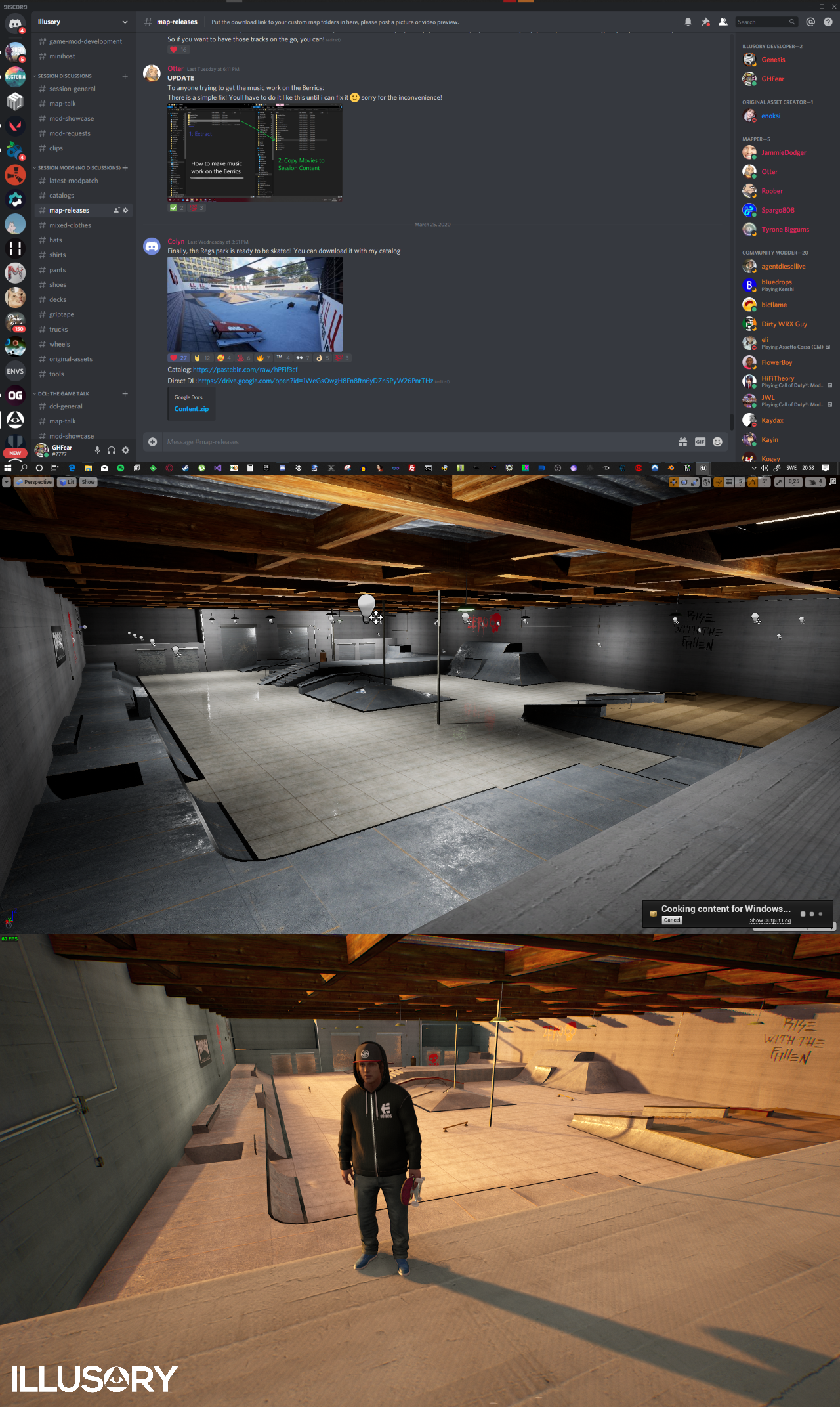 Illusory Software was created in July of 2019 by GHFear and Genesis in hopes of making third party content creation as simple as possible for the game Session.
Along the way they met with dga711, who is the founder of the modpatch for Unreal Engine 4.22.
Together with dga711, they created the Unreal Mod Unlocker!

-emoose (This could not have been done without his open sourced DQXIHook, so huge credits to him)

With the Unreal Mod Unlocker, you can unlock UE4 third party content creation to it's full potential.